The Peninsula and the Polar Circle

A longer cruise for adventurers wanting to cross the Antarctic Circle 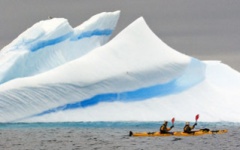 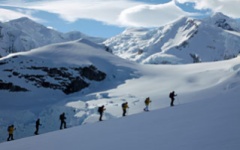 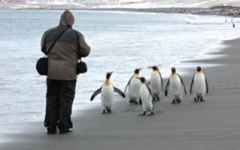 The Peninsula and the Polar Circle is an itinerary for adventure seekers looking to go where few others have been and cross the Antarctic Circle. Travelling through sea ice to the more remote corners of Antarctica requires more time than the average Antarctica cruise, but is well worth the extra effort. Whether travelling on the excellent value Ushuaia, the sleek Sea Adventurer or the luxurious Hebridean Sky, this itinerary offers a once in a lifetime opportunity to sail amongst spectacular icebergs in one of the world's most isolated and unforgiving areas, while providing a wealth of wildlife viewing opportunities.

Arrive into Ushuaia and enjoy a complimentary stay at the beautiful Arakur Hotel & Resort (included with Polar Circle cruises on the Hebridean Sky). Spend the day exploring the grounds and numerous trails, relax at the spa or head to the nearby Tierra del Fuego National Park. The optional evening briefing offers an opportunity to ask any questions and meet some of your fellow passengers before embarking the boat.

Today your Antarctic adventure starts and the anticipation for the journey ahead builds as you board your boat in Ushuaia. In the early evening, you will set sail along the Beagle Channel, leaving Ushuaia behind and heading towards the white continent.

The first two days at sea involve crossing the Drake Passage. Your Expedition Team of Polar Experts will prepare you for the adventures ahead with a range of presentations on the wildlife and history of Antarctica. Upon crossing the Antarctic Convergence, you will notice a distinct drop in temperatures as you enter the waters of the Antarctic Ocean. Those interested in scientific experiments can take part salinity sampling and collecting wind and temperature readings along route. Throughout the Drake Crossing you will witness a number of eye-catching sights, from icebergs to magnificent sea birds and even several different species of whales.

Antarctic Peninsula and the Polar Circle

Upon arrival at the Antarctic Peninsula the team of Expedition Experts will aim to maximise the amount of time you have to explore by Zodiac and marvel at Antarctica’s pristine nature up close. The ultimate goal of the trip is to go where few have been before and sail south of the Antarctic Circle into Matha Strait or Marguerite Bay. Ice conditions permitting, you will push further south looking for historic sites and wildlife colonies.

For example, excursions may include a visit to Half Moon Island to visit a breeding colony of chinstrap penguins, fur seals and blue-eyed shags. There is also the possibility of seeing the gentle giant that is the humpback whale feeding on krill and even Orcas and Minke Whales as you go along.

A first landing on the Antarctic Continent is planned at Paradise or Neko Harbour. The oddly shaped icebergs and the colossal “tabular” icebergs make for impressive surroundings in this Southern corner of the world.

After crossing the Antarctic Circle, it will then be a matter of returning north, cruising through the slim channels of the Antarctic Peninsula. Passing through gateways such as Crystal Sound, the Lemaire Channel, the Neumeyer Channiel and the Gerlache Strait will provide spectacular viewing on board. Landing sites may include Wilhemina Bay, Petermann Island and the Yalours, where Weddell, crabeater and elephant seals can be found, in addition to skua, seabird and penguin colonies.

Making your way north from Antarctica, you will once again cross the Antarctic Convergence and Drake Passage on your way back to South America. Sailing back through the Beagle Channel, the conclusion of your Polar expedition will be celebrated with a special slideshow and dinner.

Upon arrival in Ushuaia on the morning of Day 15, you will disembark from the boat and begin your onward travel, either in South America or homeward bound.

Please note that we have priced this itinerary based on travelling on the Hebridean Sky cruise boat. For the prices and dates for all the boats that cover this itinerary please see the yearly schedule section.

Ship Departure Schedules for the The Peninsula and the Polar Circle itinerary:

What's on this itinerary:

The Ushuaia is the best value boat that we offer, whilst still providing passengers with an unforgettable experience of one of the most extraordinary places on the planet. Originally built for the US agency NOAA (...

The best small luxury-expedition boat in its category, the Hebridean Sky has some of the best facilities, one of the top passenger to crew ratios and all suite accommodation, making it a great choice for those looking...

Originally designed for polar research, the Akademik Ioffe is a modern and comfortable expeditionary-style cruise boat. Stable and ice-strengthened it is well equipped for manoeuvring through ice-filled waters and...

The Sea Adventurer is a comfortable and classically styled ice-strengthened expedition ship offering a range of different itineraries, including fly and cruise itineraries. Somewhere between the Ocean Nova and the...

Home to the greatest biological diversity in Antarctica, the South Shetland Islands are the first stop on any cruise to the Antarctic Peninsula. Positioned 600 miles south of Tierra del Fuego, the string of twenty...

Set at the end of the Earth, the Tierra del Fuego, or “Land of Fire”, has always captured the imaginations of those that have visited. Set right on the Beagle Channel, Ushuaia, one of the two important towns in the...

One of the main reasons to embark on an Antarctic Cruise is, of course, to step foot on the Antarctic Peninsula itself. This thin string of islands, covered in a sheet of ice, juts away from the mainland and is shaped... 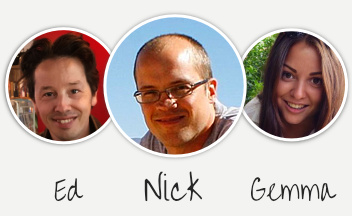