The best months for travel to Brazil... 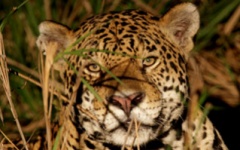 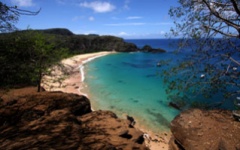 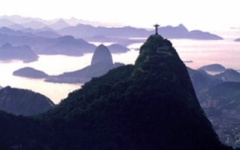 There is no exclusive seasonal time to avoid when travelling to Brazil. If your visit does not have to coincide with Carnival in February, then you are best off avoiding the high season and heat of the months of December to March when the country fills with the largest numbers of foreign visitors and locals on their vacation. Low season runs from May to September (except for July which is a school holiday month).

The South and South East have more temperature variations, dropping to 15C in winter (June to August) and rising as high as 35C in the height of Summer. You can expect some rain spells from October to January. Humidity is a fact of everyday life and levels can go as far as 98%!

Best time to visit - The Amazon

This area is characterised by a rainy season December to May. For trekking in the Amazon, the best climatic conditions are found between April and November when it is drier and less hot. Summer temperatures in Amazonia rise to high 30s C being more temperate the rest of the year (early to mid 20s C) although you can’t avoid humid conditions. Wildlife spotting is easier during the driest period of the year when the rivers retreat into their main flow.

Best time to visit - The Pantanal

The Pantanal can get especially hot in rainy season (up to low 40sC or 100F) during December to March whilst the driest and more pleasant time to go is May to October. During the wetter months the area is characterised by flooding and rain which can make it more difficult to get around (avoid February and March if possible) when the heaviest rain falls cause havoc with the roads. Jaguar spotting is recommended from May through until September, during the driest months of the year. For bird watchers, the best time to venture out is June to September.

All of the Northeast is warm year-round and benefits from nice breezes from the ocean. You can expect temperatures of around 20-30C or 80-90F throughout the year but the hottest and most humid months are October to March during the Brazilian summer. Between June and July in winter time, there is some rainfall but sunshine always returns!

No celebration can top the exuberance and spirit of Carnival (Friday to Tuesday preceding Ash Wednesday), which takes precedence in Rio and Salvador primarily, although the whole country gets in party mode. The epitome of the celebrations is in the Sambadrome, a purpose built space where huge crowds gather to admire float parades with dancers, drumming and singers to the samba beat. If you are in Salvador da Bahia on the second Thursday of January, you can also witness the famous Candomblé festival (Washing of Bonfim church).

When to go to Brazil:

Set amidst forest-covered mountains hugging the coastline, Rio de Janeiro boasts one of the most beautiful settings on the planet for a major city and is the first stopping point on any holiday to Brazil. From the much photographed vistas of Sugar Loaf and Corcovado, to the famous Copacabana and...

There are plenty of beach getaways around Rio which are perfect for unwinding after a busy couple of days exploring the sights and sounds of the city. Picturesque resorts and sandy beaches lead into shallow turquoise waters filled with colourful fish and wooden fishing boats, providing a tranquil...

The Amazon in Brazil

The Amazon Rainforest is one of those destinations which should be on everyone’s bucket list. Nothing compares to seeing the sun rise over the canopy of the rainforest and hearing the forest come to life as dawn breaks. Above all, going to the rainforest offers a unique opportunity to go somewhere...

Offering the best chances of seeing wildlife in the Americas, the Pantanal is one of the world’s largest freshwater wetlands. A flat basin in the middle of South America, which drains water from the surrounding area and takes up an area of 210 000 square kilometres, it stretches across the borders...

An hour’s flight and an hour’s drive from Salvador, on Bahia’s southern coastline, the old fishing village of Trancoso is fast becoming one of the most chic beach holiday destinations in Brazil. Despite its popularity and status, the village has managed to retain its laid-back way of life and...

The capital of Bahia state, Salvador, is one of Brazil’s most vibrant and colourful cities. The country’s first capital and an entry point for slave ships from Africa, Salvador da Bahia played a key part in the history and development of Brazil. The ruins of this diverse history include 15 forts,...

The rugged coastline of the southern state of Santa Catarina is made up of more than 500km of sheltered coves and long windswept beaches. Just east of the state of Paraná and south of Rio, the beaches of southern Brazil combine perfectly with a visit to the Iguassu Falls. During summer, Santa...

Located in the state of Paraná, on Brazil’s southern border where it intersects with Argentina and Paraguay, the Iguassu Falls are a must-do for anyone looking to see and hear first-hand nature at its most powerful. A favourite on the tourist route to Brazil and for good reason, the Iguassu Falls...