Choosing the best times to travel in Ecuador... 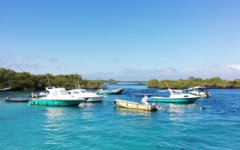 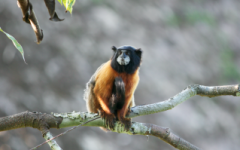 Picking the right time of year on when to travel can play a vital role in creating the perfect itinerary for your dream trip. As a year-round destination, Ecuador is certainly an easier place to plan for! That said, there are still certain months that are better than others, especially if you are on the hunt for a particular species of flora or fauna.

Due to Ecuador straddling the equator, the country does not have the four defined seasons that many of us are used to. With such varied terrain, different regions of the country have different climates. Below are details of the climate in each of the main areas:

With Quito’s 2,800m altitude in the Andes, it is never hot; yet, surprisingly, it also never gets overly cold. Temperatures tend to fluctuate between 10-20C throughout the year. Ideally, visit when cloud cover and rainfall are at their lowest, between June – September. The wettest months are March and April. If you're looking for a party, visit at the beginning of December for a week-long fiesta, celebrating the founding of the city.

Best time to visit Ecuador - The Avenue of the volcanoes

It is difficult to summarise the weather for a region that stretches approximately 200 miles from north to south! Therefore, we have focused on Cotopaxi’s climate; as the volcano is roughly the half-way point and also the most popular destination to visit.

Like Quito, temperatures are fairly consistent year-round. The best option is to focus on clear skies, as the views of this snow-capped behemoth against a blue sky are breathtaking. June to September are the clearest months, with July & August particularly cloud-free.

There are two certainties with the climate in the Amazon: 1) It will be hot & humid; and 2) It will rain! Whichever time of year you visit, there is no getting away from this. The rainfall is lowest from August – February (between 250-320mm per month) and highest between April – July (450-475mm per month). Everything, of course, is relative…when you consider London receives less than 70mm during its wettest month!

Irrespective of when you visit, the rain tends to fall hard and fast, allowing the rest of the day to be clear and warm. The advantage to visiting in dry season (other than getting less wet) is for the wildlife. Fish tend to lay their eggs in the dry season, which results in much more predation on show, all the way up the food chain.

Like the Amazon, you will face rainfall all year, although not quite to the same volume! The dryer months are June to October, leaving a majority of the year (November to May) as the wet seasons.

However, the wet season is the best time to visit for the famous birdlife in the cloud forest, with December – April being particularly rewarding, with the arrival of additional, migratory species that mate and nest during this period.

This is the one part of mainland Ecuador that does have two easily defined seasons. From June to November there is practically no rainfall at all, although this dry season is often overcast. January to April days will feature heavy downpours, but these alternate with gloriously clear, sunny spells.

For those wanting to take a dip in the Pacific, the coastal ocean temperatures are highest (around 25C) in February & March, which drops to 20C in August and September. Humpback whales can be seen breaching from June - September.

Please click here to visit our dedicated 'When to visit the Galapagos" page.