What to eat and drink in Brazil... 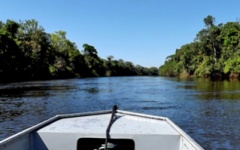 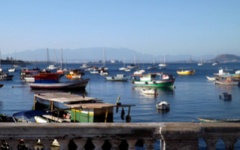 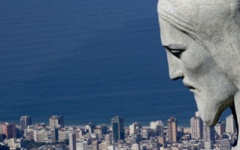 Often the thing we remember most about a place, is the food we had and the people we met. Most are already familiar with the Brazilians’ reputation for being some of the warmest and most welcoming people in the world but fewer are familiar with its cuisine. Brazil’s long history of immigration has not only brought different cultural influences and traditions to Brazil but also a variety of different flavours.

Cuisine in Brazil is heavily influenced by environment, so in the northern states, where there is an abundance of forest and freshwater rivers, fish and native root vegetables such as manioc or cassava feature heavily in dishes, providing a substitute for flour and potatoes.

In the heavily African-influenced state of Bahia, the food is notably rich and spicy, taking its flavours from palm oil and chilli brought over from Africa at the time of the slave trade. In Salvador and along the Bahian coast, fish in particular, is the order of the day. In Trancoso and along the Costa do Descobrimento, little beach huts serve up enormous barbecued prawns accompanied by ice cold beer, while the restaurants of the Quadrado and Salvador serve up delicious slow-cooked fish stews, known as moqueca, daily.

In the southern states, the cuisine is more similar to that of Brazil’s neighbours Argentina and Uruguay. Along with the cooler climate, livestock is a stable of the southern states’ economy, meaning that the speciality is barbecued meat. Here the meat is both plentiful and high in quality. Visiting a Churrascaría is a must, where waiters circle the tables carving numerous different meats and animal parts onto your plate (chicken hearts are a favourite of the Churrascarías!). Brazil’s national dish is considered to be feijoada, which is a slow-cooked stew of meat and beans, and is best eaten in the cities. In Rio and São Paulo, local cafés will designate one day a week to feijoada so be sure to ask your guide when it is!

What Brazil doesn’t have in vineyards and wine, it makes up for in its national drink of cachaça, the spirit used in the famous caiprinha. The UNESCO heritage town of Paraty on the Costa Verde between Rio and São Paulo is famous for its cachaça distilleries, where you can go and taste different blends of the spirit. Rio also has its fair share of bars specialising in cachaça which are guaranteed to be lively and are well worth a visit. For those who don’t drink there are also delicious fruit juices made of exotic fruits like papaya, watermelon, guava and mango which are served up throughout the country and for something stronger, there is the coffee produced in the plantations of the North-east to savour!

For those particularly interested in food and Brazil’s culinary heritage, we can arrange tours of marketplaces or distilleries as well as fishing trips and estancia visits with knowledgeable local guides.

For more information please read through the information on the different areas below and contact us for more details.

When to go to Brazil:

The best regions for Brazil Wine and Food:

There are plenty of beach getaways around Rio which are perfect for unwinding after a busy couple of days exploring the sights and sounds of the city. Picturesque resorts and sandy beaches lead into shallow turquoise waters filled with colourful fish and wooden fishing boats, providing a tranquil...

Set amidst forest-covered mountains hugging the coastline, Rio de Janeiro boasts one of the most beautiful settings on the planet for a major city and is the first stopping point on any holiday to Brazil. From the much photographed vistas of Sugar Loaf and Corcovado, to the famous Copacabana and...

The capital of Bahia state, Salvador, is one of Brazil’s most vibrant and colourful cities. The country’s first capital and an entry point for slave ships from Africa, Salvador da Bahia played a key part in the history and development of Brazil. The ruins of this diverse history include 15 forts,...

The rugged coastline of the southern state of Santa Catarina is made up of more than 500km of sheltered coves and long windswept beaches. Just east of the state of Paraná and south of Rio, the beaches of southern Brazil combine perfectly with a visit to the Iguassu Falls. During summer, Santa...

The Amazon in Brazil

The Amazon Rainforest is one of those destinations which should be on everyone’s bucket list. Nothing compares to seeing the sun rise over the canopy of the rainforest and hearing the forest come to life as dawn breaks. Above all, going to the rainforest offers a unique opportunity to go somewhere...

Located in the state of Paraná, on Brazil’s southern border where it intersects with Argentina and Paraguay, the Iguassu Falls are a must-do for anyone looking to see and hear first-hand nature at its most powerful. A favourite on the tourist route to Brazil and for good reason, the Iguassu Falls...

Offering the best chances of seeing wildlife in the Americas, the Pantanal is one of the world’s largest freshwater wetlands. A flat basin in the middle of South America, which drains water from the surrounding area and takes up an area of 210 000 square kilometres, it stretches across the borders...

An hour’s flight and an hour’s drive from Salvador, on Bahia’s southern coastline, the old fishing village of Trancoso is fast becoming one of the most chic beach holiday destinations in Brazil. Despite its popularity and status, the village has managed to retain its laid-back way of life and...

Our Top Five Wine and Food Hotels in Brazil:

Our top five travel itineraries for Wine and Food in Brazil: